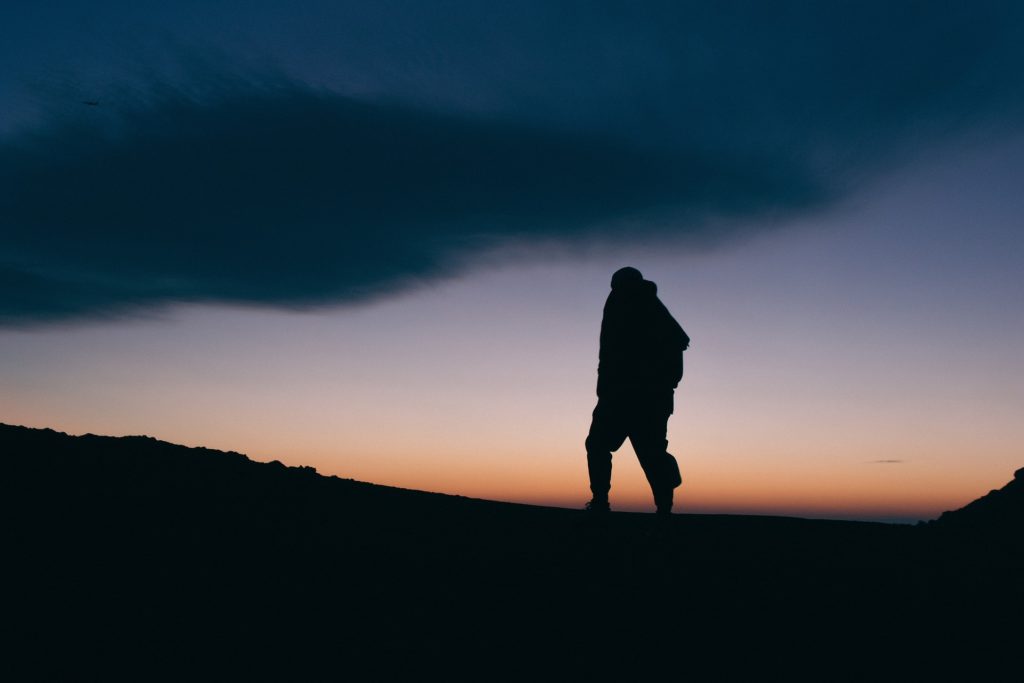 The hill is too high, you’re tired of trying, and that thought enters your head:  It’s just not worth it.

Joe and I have blurted that out when things weren’t going right in our marriage.  We struggled hard early on in our marriage like any other couple.  There was the usual learning to get along stuff.  The man vs. woman stuff.  And those darker issues that we didn’t even know how to name that would come out to choke us til it felt like all the air was let out of our marriage.

All those troubling questions and the hurt we both felt left us saying it’s just not worth it. Frustrated at our inability to fix it or even figure out what it was we needed to fix.   Then the junk from Joe’s childhood that seemed to show up everywhere.  Was it that or maybe he was just a jerk.  Maybe we weren’t cut out for this.

That’s one of those biggest lies we had to battle in our marriage. When we both were tempted to shout the d- word at each other to somehow communicate how badly we were hurting. When we wanted to sever the connection.  Severing seemed easier.  D-word or not, let’s just go our separate ways. I don’t want to deal with you.  It’s not worth it.

What were we really saying?

I’m not willing to work now for the reward on the other side of this.

If I’m being honest, a lot of times it was just laziness.  Selfishness.  I don’t want to do the work.  I’m tired.  There’s something about work that hurts, that requires sacrifice, that refines us.  You learn lessons in those valleys that God can’t teach you anywhere else.   That it’s in His strength we can find the ability to love when it hurts.

God does not have our back. Maybe there is no reward.

We fall for the lie that all of this will ultimately not count for anything.  It doesn’t matter if I do the the right thing, or seek God, or keep loving, it just doesn’t make a difference in the end.  If you really believe it’s not worth it,  your work ethic disappears.  Why bother bailing water when the ship is going to sink either way.

Your trust in God follows suit.  He doesn’t know what He’s doing, and He doesn’t see how much it hurts and how hard I’m working.  But God does see our hearts. He sees our hurts. And it is in these hard times that we learn to trust in Him, and we learn to love like Him.   His love doesn’t end just because we want to give up!

Through the grace of God, Joe and I chose to keep fighting for our marriage.

It’s a decision we had to make over and over.  We heard the Holy Spirit whispering to our hearts, “it’s worth it.”  Don’t give up on each other.  We had to persevere. To love each other in the moments that counted the most.  To press on for the prize that Christ has already won.   We have been given grace, so we can extend grace.  Because we have been forgiven, we can forgive.

That perseverance has paid off.

It’s been worth it.  A thousand times over.  Joe and I are amazed at the incredible amount of joy we now experience in our marriage.  But it’s the type of joy that comes from coming out on the other side.  From realizing that persevering through the hard times was the only way to get to here.  There would be no shortcuts.   The days we were sure it wasn’t worth it – it was all a part of the journey of learning to love.

The prize will be worth it.

Instead of yelling, “it’s not worth it”- imagine if you tell your spouse (out loud preferably but maybe just in your head), “You’re worth it”.  The same thing that Jesus said to us when he sacrificed his life for us.  You are worth it.

Imagine the kind of life you can speak in your marriage when you tell your spouse that any current heartache you’re experiencing- that the marriage you are working towards is worth it.  That you’re in it to win it no matter the cost.

And it will be worth it.