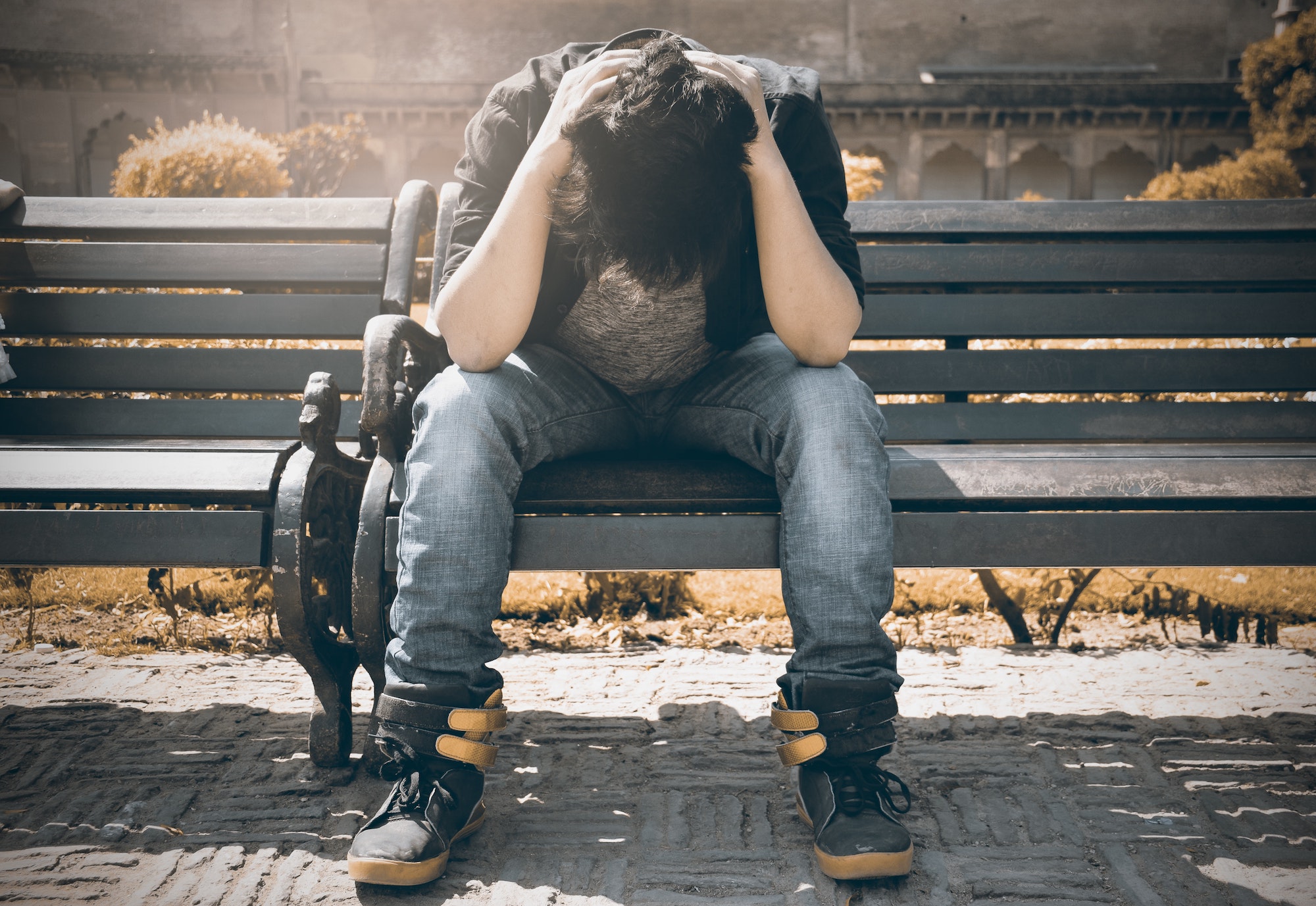 It has taken Joe and me years of talking and praying together to help us both understand exactly how his childhood has affected him.  Coming from a broken family and a childhood full of trauma and abuse, we have learned that the healing process is long and much of the pain Joe carries will always be with him.  And we won’t always understand the pattern that pain will take, when it will subside, and when it will come back in full force.   Sometimes it comes seemingly out of nowhere.

This is one of the greatest challenges we have had to face in our marriage.

We did not get this right at all in the beginning and we both were horrible at understanding his triggers.  Joe had a hard time even knowing he was being triggered, and I was just frustrated  and confused.  His reactions to every day stuff in life didn’t make any sense.   It became a source of conflict that sometimes seemed unsolvable.   We had to be willing to surrender it to God because on our own we were getting it all wrong!  Learning to bring those struggles to God daily and trusting Him to carry us was the first step of a long journey.

One of his triggers was no-shows.

In our marriage we would have a situation where there’s some kind of “no-show”.  Like the proverbial cable guy saying he’ll show up and he doesn’t.  Joe would over-react, get cranky, and be convinced that the world was out to get him.  Why couldn’t he just roll with it?  I would try to cheer him up but he would have none of it.

What I didn’t know was it was bringing back feelings of abandonment and being forgotten.  As a very young child his mother would be scheduled to pick him up and take him for the day or whatever, and time and time again she was a no-show.    So the cable guy is late and suddenly he’s that little boy sitting on the front porch hoping and hoping his mom would remember to get him.   Even to this day I don’t think Joe completely understands the damage that this abandonment really caused.  (It definitely makes Mother’s Day difficult.)

At the time, I figured he was just over-reacting.  I would say, “Don’t be so upset, I’m sure he’ll get here,”  and he would hear,  “You have no reason to feel sad about your mom not showing.”  Even though at the time, he wasn’t even able to put his finger on why he was so upset.

I could choose to understand where he was coming from.

That meant not dismissing his reactions as ridiculous.  Or telling him his feelings are wrong.  Me dismissing it only compounded the hurt.  I had to be willing to dig a little bit under the surface.  I’ve learned that at his core Joe’s pretty chill about a lot of things.  But when he’s upset or feeling irrational, he’s trying to cope with the traumatic emotions of his childhood.

That’s what’s bothering him.  Not the cable guy.  Because when the cable guy shows up, he’s Mr. Kindness, helping him out, and offering him brownies.  I’d be thinking, I thought you were really mad at the cable guy.   Then the aha moment kicks in:  it was never about the cable guy.  It was all the no-shows and broken promises from his childhood that told him he wasn’t loved.

I could choose to offer grace and Christ-like love.

What would loving him like Jesus mean?  Offering compassion, kindness, and truth.  I could start there.  Offer him grace and encouraging him that the bad days don’t define him.  It’s reminding him that he is loved and valued.  Putting aside my needs to serve him when he is struggling.

Part of building a strong marriage for us was learning to accept those painful memories Joe carried.  By studying my husband and committing to learn about him, there were fewer surprises.  Pain is not predictable, but we’re both learning to spot those situations that will bring up painful memories and feelings.   It’s better when we can work through those feelings together so he knows he doesn’t have to go through it alone.   It isn’t always easy, that’s for sure.  But God has given us supernatural strength when we seek Him and stick together in the hard times.

Though my father and mother forsake me,
the Lord will receive me.. Psalm 27:10