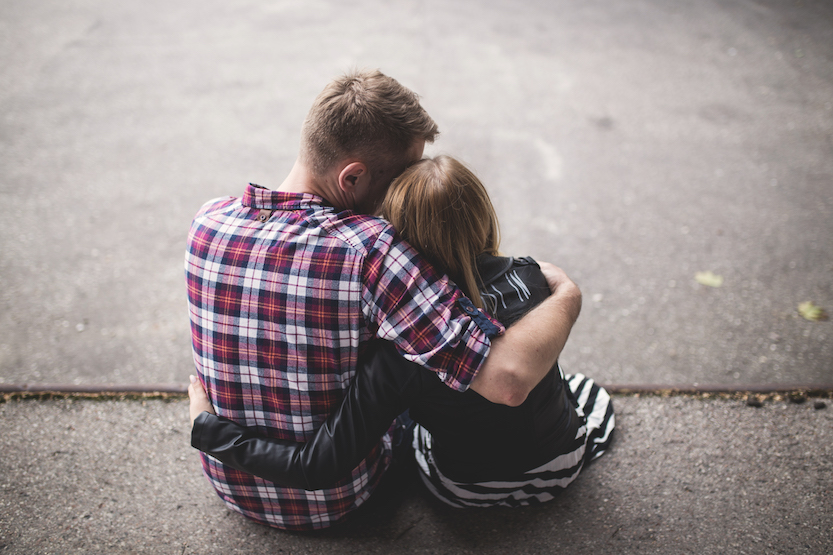 Usually that line is considered a cop-out, but for us it rang very true during seasons of our marriage. Something feels off in our relationship, okay so what did I do wrong.  Is something wrong with “us”?

But the tension that we felt stemmed from the personal stuff Joe was dealing with at the time. Having years and years of abuse in his past- that kind of hurt doesn’t just disappear.   And he didn’t always have to words to explain it and he didn’t always want to talk about it.

There were days and even long seasons where Joe just wasn’t himself.   He may have been distant. He often was irritable and short.  And I too often took it very personally. Which led to conflicts and arguments. Why aren’t you being more this or that.  Why aren’t you saying just what I need to hear?

Joe would pull that line out as a way to help me understand: It’s not you, it’s me. Oh how cliche, thank you.  Then why aren’t you being nicer and sweeter and everything to me?  You must not love me!

Later he changed his wording to, “I’m not frustrated with you”.   I liked that better. That phrase went so far in reducing tension in our communication. Once I understood that he was tense because of other factors- then it motivated me to offer grace in my words rather than accusation.

What to do when  your spouse is struggling?

1. I had to learn to believe my husband.

That if he said it’s him dealing with stuff and he wasn’t upset with me, I should believe him.   I had to learn to not jump into offended mode  and make it all about how he is treating me.

2. I changed my camera angle.

If he was struggling, I should love him more.  If there was deep pain that he was processing, I should pray for  him more.  If he had a day that made it hard for him to be the perfect husband, I should offer  more grace.  If Jesus can die for us while we were sinners, then I can love my husband even when he’s not at the top of his game.

I could choose to support him and be patient with him. Not  make it all about how I was feeling but to truly consider how he was feeling.   That switch was hard for me, but it made a huge difference!

3.   I let go of the pressure for him to have to feel better or be better.

Remind him that it will not last forever and we are still OK.

I could affirm him as a man and as a husband.  That his weaknesses and failures do not define him.   That he still means so much to me regardless.

I didn’t realize that  in his hard moments,  he was struggling with rejection and loss.   Struggling to feel like his life mattered.  What he needed was for me to be Jesus to him and offer His love and grace.  Not nitpick him or imply that he’s somehow not good enough.

4.  I joined his team instead of seeing him as the problem.

Instead of looking  at each other as “the problem” we chose to see the pain Joe was experiencing as a common enemy.    We chose to be on the same team as we fought against the hurts that haunted him.

Does your spouse struggle with hurts from the past?  How do you best support them?“

Pray for one another that you may be healed. The effective, fervent prayer of a righteous man avails much.” James 5:16