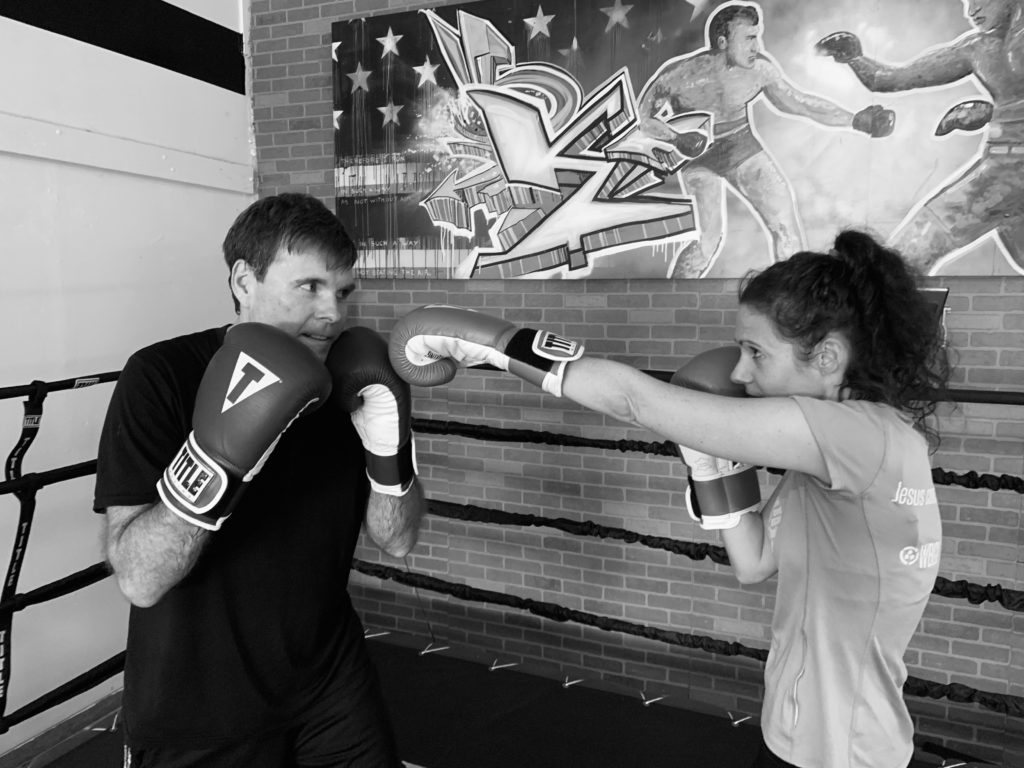 Usually if a couple says that they have been fighting a lot, it’s a bad sign.  You start to think, oh my, their marriage is in trouble!

But is fighting a bad thing? Not necessarily.  It’s also true that your marriage is in trouble if you’ve stopped fighting.  No time to fight if you don’t even talk.  Or talk about anything that matters. So which is it?

The secret is in learning to fight well.  You can fight in a way that reveals the truth and brings you closer together.  There’s something about a good argument- the kind where words are flying out faster than you can catch them- that really exposes our hearts.

The masks are off and we see what’s inside.

Often you find a core disagreement.  That thing you always disagree about.  Let’s fight about this just one more time, shall we?  But those disagreements are often about deeper issues- the ones that aren’t addressed unless a good argument draws them to the surface. An argument is an opportunity to expose those issues and build communication.

And other times what you find inside is sin.  Selfishness, pride, a poor attitude, stubbornness, an unwillingness to change. Those things you can’t keep hidden during a heated argument.  And those sins are ultimately disrupting your unity and your own walk with God.

But if you want God to use your fights for good, then you have to be honest about the ugly that you find inside.   A good fight is a great test of your character:  how do you respond when you know you’ve hurt someone, when you disagree with someone, or have just been misunderstood? With a heart of grace and repentance, or just stubbornness and pride?

Learning to fight well is a skill that takes time to learn.  You get better with practice!   Focus on these guidelines to fight in a way that will build your marriage rather than tear it down.

1. Be honest about the facts.

It’s too easy to sneak little half truths into our arguments to bolster our side of things.  Resist the temptation to exaggerate your claims or concerns.   Speaking the whole truth is powerful. Without truth, you’re not going to get anywhere or solve anything.

We all know the cardinal rule, to never use “always” or “never” in a fight.  On the flip side try using the word sometimes.  You can still communicate your grievance  but don’t have to make it into a general insult on your spouse’s entire character.

Sometimes you say/do *this* and that bothers me.  You don’t do it all the time, but when you do, it’s hurtful.

2. Be honest about your feelings.

This is perhaps the hardest thing to do.   We disguise our true feelings with those half truths or talk about unrelated issues to avoid having to be vulnerable with the truth.  It’s easier to attack the other person. What are you really feeling?  What is really driving your behavior?  Start your sentences with “I feel”:  I feel neglected when you…

3. Give your spouse credit.

When we’re in the heat of an argument it’s tempting to correct every statement our spouse says. Wrong, wrong, wrong!  It’s all complete nonsense.  But learning to fight fair is calling the truth the truth (see #1).

Try giving your spouse the benefit of the doubt. As much as you would want to receive from him.  It’s sad how easily we attach wrong intentions to our spouse and assume they just don’t care.  They do care.  And it’s so frustrating to be on the receiving end of those assumptions!

You need to give your spouse a win. This took us a long time to learn.  And for a long time, I didn’t even know what it meant. But it has been the key that has radically changed the trajectory of our arguments.  There is a time to say what’s on your mind.  But how you communicate your thoughts can make your spouse feel ashamed, rejected, and stripped of his value.   Share your concerns in a way that he doesn’t walk away the loser.

You’re right.  That’s true.  I know you care about me.  Let’s find a solution that works for both of us.

When things get heated, a short, defined break can be very healthy.  The best thing both spouses can do is pray and ask God for wisdom.  What am I not seeing here?  Why am I so angry?   Is this just miscommunication or is this just selfishness?  A time to cool- down and reflect can put you in a better place to resolve the argument.  Take off the defenses and ask God to help you see your spouse’s point of view.

Ending an argument is not saying “I’m done talking about this.”   Own up to your own behavior. If your spouse calls you on hurtful behavior, apologize.  That’s often all we really need- for our spouse to acknowledge that they hurt us. When your spouse is honest with his feelings, listen.  If your spouse apologizes, forgive.  Apologizing and granting forgiveness is what builds trust.

How you treat each other after an argument is just as important!

Clarify statements. Have you ever said those things you shouldn’t say during an argument? After you have resolved an argument, have the courage to say that you said things that weren’t true.  That you truly didn’t mean to say those hurtful things.   Reassure your love and commitment to each other.  I absolutely love being married to you!

Resolve to make changes.  Simply telling your spouse, “I will work on that” is a great way to feel like you’re moving forward. Remind each other what you have learned to prevent future disagreements.

Return to oneness. Makeup sex is usually a good idea :). Making love after an argument is a symbol of your unity and desire not let anything get between your love for each other.

What causes quarrels and what causes fights among you? Is it not this, that your passions[a] are at war within you? James 4:1